What is acid reflux? It's a condition in which there's a back-flow of stomach contents, including acid and partially digested food, into the esophagus, the swallowing tube connecting the mouth and stomach.

This causes an unpleasant sensation known as heartburn.

Also known as gastroesophageal reflux disease, or GERD, it now affects about 40 percent of Americans, almost half of whom have a form of reflux known as "silent" reflux.

Silent reflux refers to the presence of acid reflux symptoms despite negative findings on a standard esophageal acid test.

Both these symptoms are discomforting, but recurrent may lead to other problems, such as difficulty swallowing (dysphagia) or damage to the lining of the esophagus (esophagitis).

Here are the best home remedies for treating acid reflux.

Changing your sleeping position is one of the best home remedies for acid reflux. Try to keep two pillows under your head or two bricks under the headboard.

This natural home remedy keeps the esophagus above the stomach and keeps acid from moving up and down the esophagus.

Aside from that, it has been demonstrated that those who sleep on their left side have fewer occurrences of GERD.

This is also a fantastic natural home treatment for acid reflux.

You can buy it in liquid form at the market or make your own at home by removing its skin and adding water to it.

Eating such meals puts pressure on your belly, forcing stomach contents up into your esophagus. You should avoid lying down immediately after eating a large meal.

One of the finest cures is to eat several smaller meals rather than one large one.

This is also a healthy and natural acid reflux home treatment. It works quickly and can be repeated as often as necessary.

If you suffer from GERD regularly, keep ginger ale on hand and drink it as soon as you notice signs of acid reflux.

Water and regular exercise are the finest home remedies for this illness, as they are for many others.

However, you should also drink plenty of water to stay hydrated.

Drink at least 8-10 glasses of water daily to alleviate your symptoms. Water dilutes the acid and allows it to pass through your digestive tract.

Celery and cabbage are naturally alkaline.

You can eliminate acid reflux by eating alkaline foods in large quantities.

However, you should only consume fresh juice because it is more healthful.

This is one of the best acid reflux cures, giving the sufferer immediate relief. In a tall glass of water, mix two tablespoons of baking soda. Drink it as soon as possible to get the most out of it.

However, anyone suffering from hypertension should avoid this because it causes sodium to build up in the system.

You should extract the juice from organic potatoes and dilute it with water.

You should consume it right away.

This juice has been used for millennia to make the stomach more alkaline and is a tried and true remedy.

Oatmeal can also be used as a natural heartburn treatment.

Oats bran, which comes from unsifted oatmeal, is high in fiber.

If you have heartburn, eating a bowl of oatmeal every day can often result in a complete cure.

Oatmeal can also be given in another form, combined with water, and let to stand for 24 hours before sifting the mixture.

The strained liquid, commonly known as broth, can be refrigerated and consumed twenty minutes before meals to relieve the muscles caused by the acids.

Unexpectedly, chewing gum can be used as a natural remedy for heartburn.

By encouraging saliva to secrete, which serves as an acid buffer, chewing gum helps to relieve heartburn-related irritation of the esophageal muscles.

It is also crucial to remember that chewing causes one to swallow more, which aids in esophageal acid relief by helping to drive the acids out of the esophagus.

To Sum it Up

Finally, these are some excellent home cures for acid reflux/GERD.

However, these should not be utilized as a replacement for medication but rather as a supplementary therapeutic strategy in addition to your current drug regimen.

Also, you should visit a reputable doctor if you have Acid Reflux/GERD and cannot obtain adequate relief with these therapies. 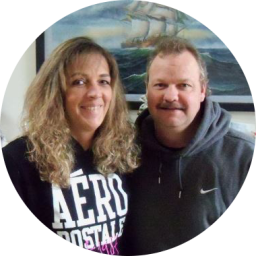 We are the ones behind the scenes of Remedies Insider. My name is Shereen and the other guy, haha, is my loving husband, Rob. Our mission with our website/blog is to show people the many different home and natural remedies that can help heal, protect, and provide relief from common everyday ailments.

How To Treat Food Poisoning At Home With Home Remedies

These 8 Health Benefits of Ginger Are Crazy

7 Home Remedies For Arthritis You Want To Consider

10 Home Remedies For A Cough 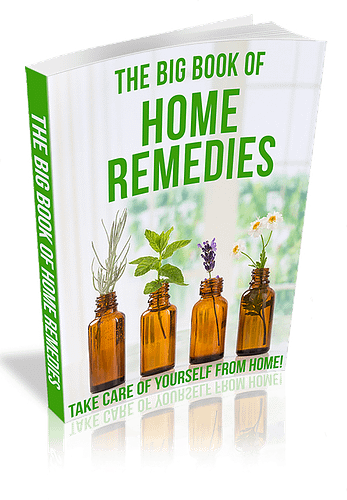 Grab Your FREE Complete A-Z Guide with nearly 2000+ Homemade Natural Remedies for your Ailments Now and the Future!

Please log in again. The login page will open in a new tab. After logging in you can close it and return to this page.

Yes! Your FREE Copy is Waiting Tell Us Where to Send IT...

Simply enter your name and email below to claim The Big Book of Home Remedies... 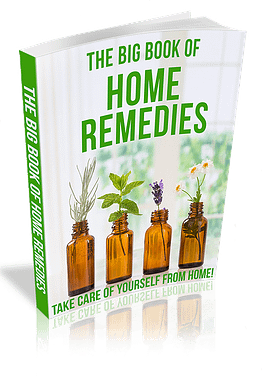